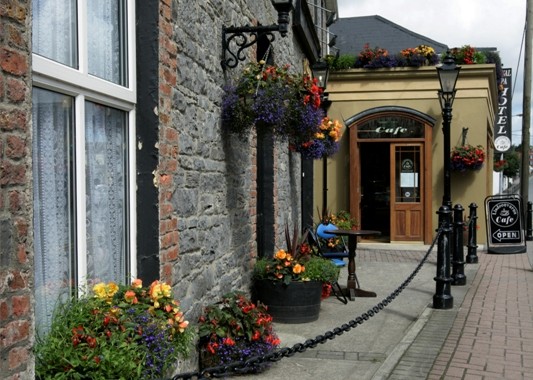 This small family run hotel is located right in the centre of Lisdoonvarna.   It belonged to the Maguire family for many, many years before changing hands a number of times in the 60s and 70s.  Eventually in 1980 during the great Lisdoonvarna Music Festivals, the Royal Spa Hotel was taken over by the Doherty family and has been owned and run by Ann Doherty for the past 30 years.  During that time, the Royal Spa Hotel has been tastefully redecorated and creatively improved to bring it to its present enjoyable level of accommodation and dining excellence.

The Royal Spa Hotel was a great favourite of Victorian holiday makers, including the clergy, who came in their hundreds to Lisdoonvarna to partake of the Spa Waters all through the late 1800's and into the early 20th century.  In those days, the Royal Spa Hotel's resident Orchestra played nightly in the Hotel Ballroom while visitors danced on the 'Best Dance Floor in North Clare.'  Although the Orchestra has long since been disbanded, the renovated Ballroom and Original Dance Floor provide countless hours of enjoyment to today's visitors and are hugely popular during September's Matchmaking Festival.